Dusk time in the street of my childhood is fluid and slightly poignant. People do not sit on the wooden benches by fences as they used to. The predictable splashes of children gabbling raise and fall somewhere in the distance. The car door shuts, an obscene word penetrates the deepening darkness behind me. For a moment I think that something is wrong, but the steps of the angry person die in the shadows.

Most of the houses on my street were built at the end of the 19th century by well-to-do burgers. These 5-7 room dwellings became multiple small apartments after the original owners disappeared in the flames of the Russian Revolution. For 60 years, waves of new residents replaced each other, reshaping, and converting the interiors, but leaving exteriors of the state-owned houses to their own devices.  By the end of the Soviet saga the street landscape of my childhood looked quite apocalyptical. 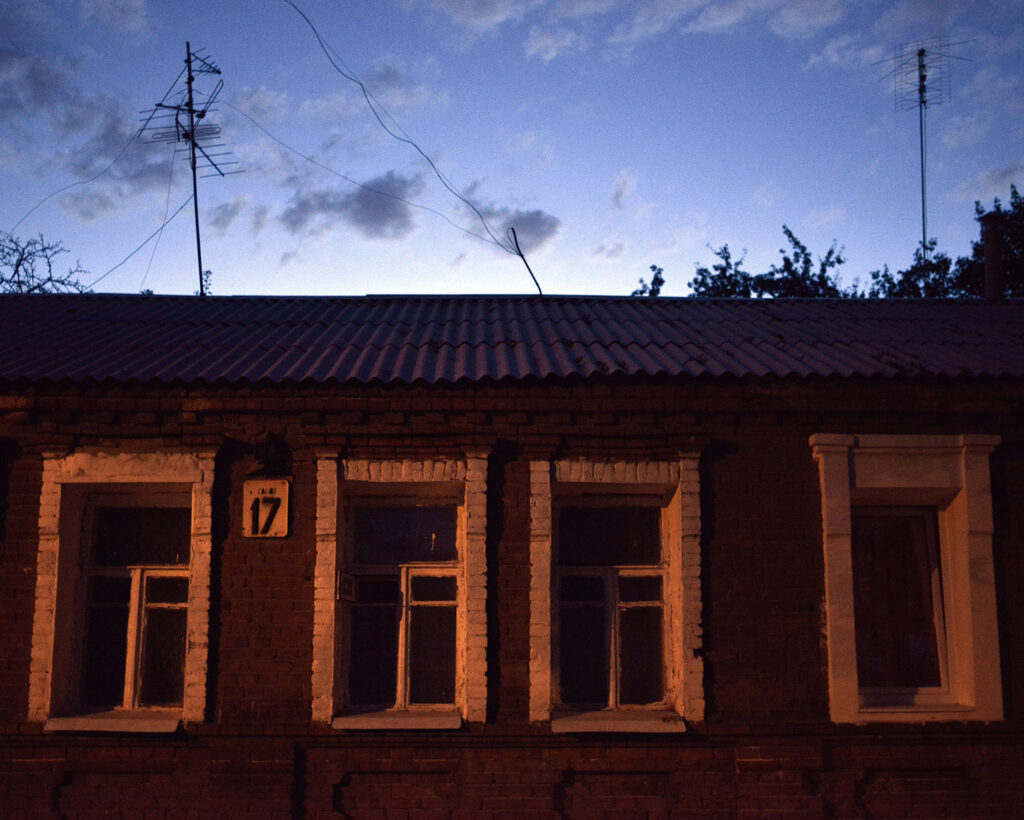 The evening dusk has survived all political storms perfectly. The scent of lilacs interlaces with the evening cooking smells. For a split second I can hear the voice of my mother.